From everyday mannerisms to common greetings, our lives are full of tiny customs that we barely blink an eye at. Here on Mind Fuel Daily, we’re looking into the origins of some of our most ingrained social habits.

What’s the first thing you do when you meet someone? In the U.S. it’s proper to offer a handshake. By the time you’re an adult, extending a hand may practically feel second nature. Where did this simple but fundamental gesture come from?

Shaking hands is by no means universal. In some cultures, one might offer a quick bow or a peck on the cheek when being introduced. But regardless of how common it is, we now know that grasping hands, as both a means to communicate and a symbolic gesture, has been around for millennia.

Artifacts from both ancient Greece and Assyria depict individuals clutching hands. Greek funerary art shows deceased individuals greeting relatives in the afterlife with a handshake. There even explicit mentions of handshaking in both the “Iliad” and “The Odyssey.”

While handshakes have long been used to trust, friendship, and good faith, there is no clear explanation for how handshakes came to be. One of the most popular theories says that handshakes were initially tied to weaponry. Back when it was fairly common to keep a scabbard on hand, presenting a palm free of weapons was a quick and wordless way to communicate peaceful intentions. Historians have also considered that handshakes were quick way to seal an oath, as the grasping of hands could represent the bond made between two separate parties.

One study suggests that handshaking may be more instinctual than we think. In 2015, scientists observed participants greeting and shaking hands. Surprisingly, they noticed an overwhelming amount of participants sniffed their hands afterward. In fact, people brought their hand to their nose about 22% of the time. Many of the participants didn’t even realize what they were doing!

The explanation? Scientists reasoned that hand-shaking might be a form of chemical communication. In the same way that animals sniff each other to get a sense of “friend or foe”, scientists wondered whether humans might do the same with a handshake: one can get a quick whiff of another person’s scent on their palms.

While we can’t say for sure how and why handshakes came to be, one thing is for certain: they’re not going anywhere anytime soon.  Put ‘er there! 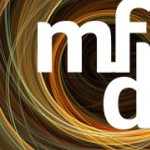 The Art of Mindful Eating: A Path to Greater Health and Happiness